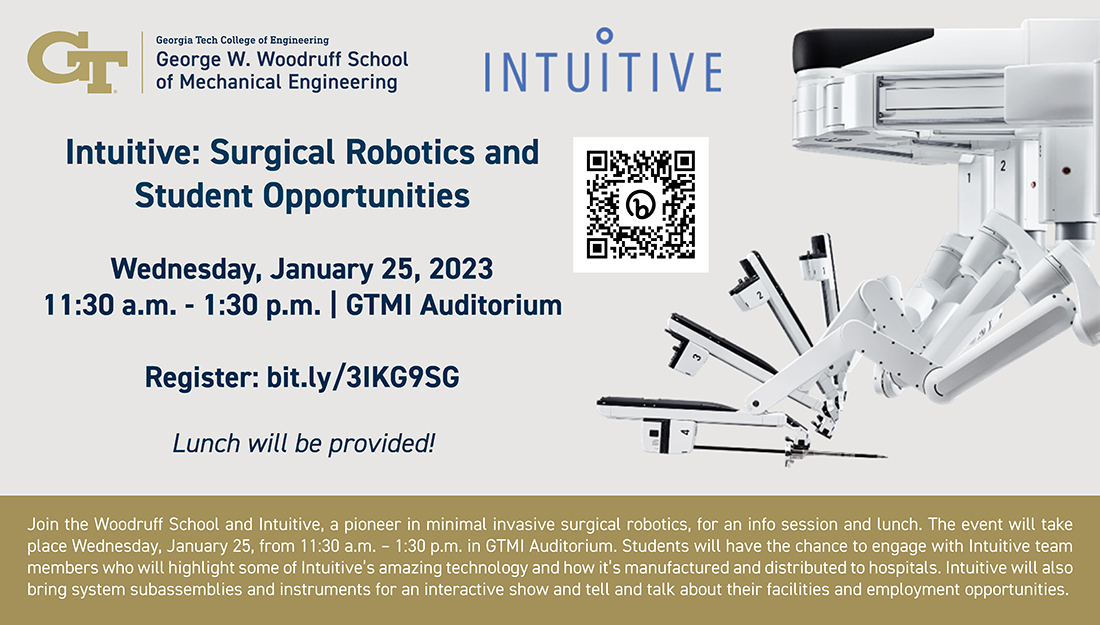 Join the Woodruff School and Intuitive, a pioneer in minimal invasive surgical robotics, for an info session and lunch. The event will take place Wednesday, January 25, from 11:30 a.m. – 1:30 p.m. in GTMI Auditorium. Students will have the chance to engage with Intuitive team members who will highlight some of Intuitive’s amazing technology and how it’s manufactured and distributed to hospitals. Intuitive will also bring system subassemblies and instruments for an interactive show and tell and talk about their facilities and employment opportunities.

Intuitive's product portfolio ranges from the da Vinci surgical system which has been used by thousands of surgeons to deliver a less invasive approach to many types of surgeries, and the endoluminal system which enables biopsies of small, hard-to-reach nodules in the lungs. Every day Intuitive is working with physicians and hospitals around the world to solve difficult problems in healthcare.

Register to attend the event at bit.ly/3IKG9SG.