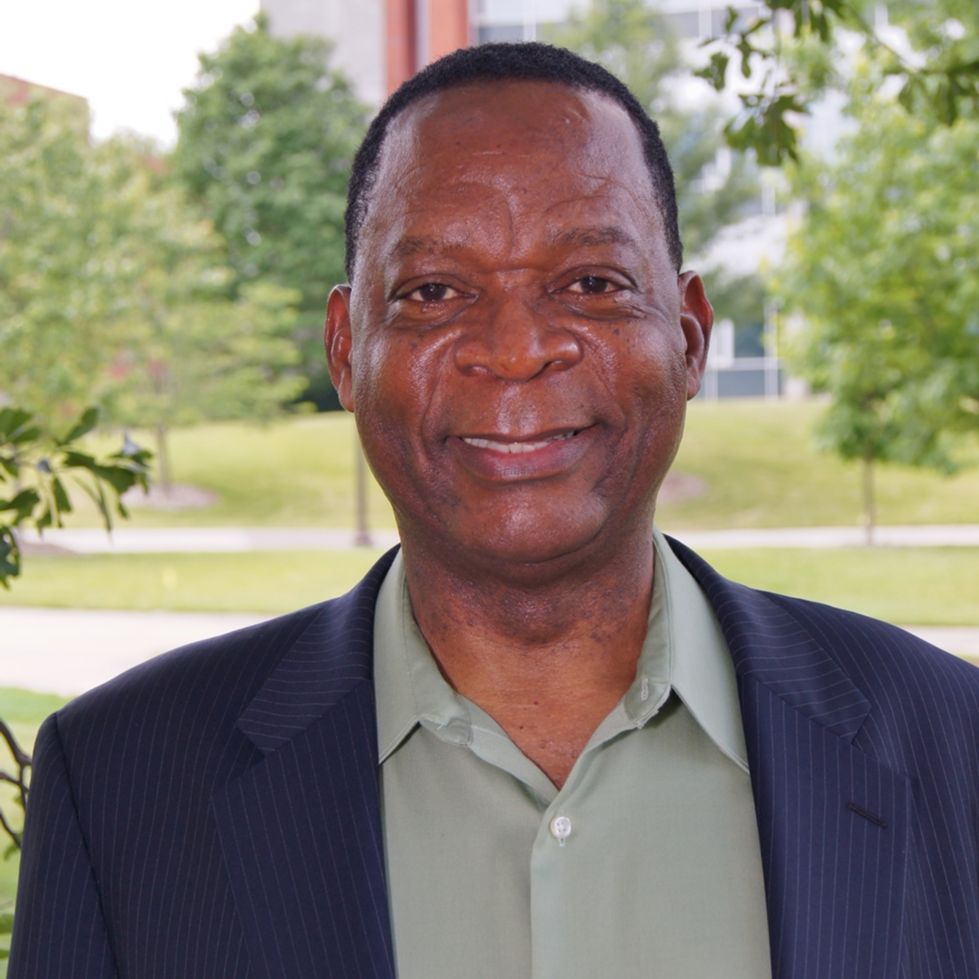 The Woodruff School of Mechanical Engineering was saddened to lose one of its family members, Dr. Ifeanyi Charles Ume this spring. Dr. Ume was a Professor of Mechanical Engineering and the Director of the Advanced Electronic Packaging and Laser Processing Laboratory at the Georgia Institute of Technology. His work was instrumental in the success of both the School of Mechanical Engineering and the Packaging Research Center at Georgia Tech.
Dr. Ume joined the Woodruff School of Mechanical Engineering as an assistant professor in 1985 after graduating with his Ph.D. from the University of South Carolina. He was promoted to Associate Professor in 1992 and Professor in 1999.  He was an active researcher and instructor in both the areas of manufacturing and mechatronics. His research accomplishments were many, and he was well regarded both nationally as well as internationally for his work.  He was an expert in the areas of microelectronic packaging and optics-based inspection of electronic packages and welds. His seminal contributions helped to define innovative inspection and test methods that improved the reliability of microelectronic packages. His research accomplishments led him to found a company AkroMetrix, LLC in 1993 where he was the Chairman of the Board. This company focuses on developing systems to measure the warpage of microelectronic packages manufactured by the semiconductor industry.
Professor Ume developed a course in mechatronics at Georgia Tech which is very popular among our students. As director of the Mechatronics Laboratory, he helped students bring their ideas to life, and over the years his commitment to scholarship and teaching earned him many accolades. Dr. Ume was a Fellow of both the Institute of Electrical and Electronics Engineers (IEEE) and the American Society of Mechanical Engineers (ASME) and was particularly active within the ASME Electronic & Photonic Packaging Division (EPPD). He served in a variety of roles on the ASME-EPPD Executive Committee, including its Secretary, Treasurer, and Chairman. He served as an Associate Technical Editor of IEEE Transactions on Components, Packaging, and Manufacturing Technologies since 2011. Among his many awards he also earned the American Society for Engineering Education Robert G. Quinn Award, a Sigma Xi Sustained Research Award, and the Nigerian National Order of Merit Award. He was elected a Fellow of the Nigerian Science Academy in 2006. Dr. Ume was also honored as a Faculty Fellow for the Corporate Manufacturing Research Center of Motorola in 1990 and as a Faculty Research Fellow for the System Technology Lab of IBM in 1989.
Over the course of his 34-year career at Georgia Tech, Dr. Ume co-authored more than 240 scholarly publications, 11 US patents, edited 11 books, supervised 26 Ph.D. students and 43 master's students. He certainly made a lasting impact on all he interacted with and was an inspiration and mentor to many. Charles will be dearly missed by his friends and colleagues at Georgia Tech.
From Akrometrix website:
Dr. Ifeanyi Charles Ume, Chairman of the Board
Dr. I. Charles Ume is a Professor and Director of the Advanced Electronic Packaging and Laser Processing Labs at the Woodruff School of Mechanical Engineering, Georgia Institute of Technology, Atlanta, GA. He received his Ph.D. degree in 1985 from the University of South Carolina, Columbia, SC. Prof. Ume has held the rank of Full Professor at Georgia Tech since 1999. He founded Akrometrix in 1993, and has been its Chairman of the Board of Directors since its inception. Dr. Ume was a Visiting Scientist at IBM-Austin and Motorola-Schaumburg from 1989 to 1990. He is a leader and world-renowned authority in thermo-mechanical reliability in microelectronic and electronic packaging, and laser ultrasound application to weld quality monitoring and control during robotic welding process.
Dr. Ume has co-authored over 240-refereed publications, 11 US patents, edited 11 books, and supervised the research of 24 Ph.D. and 43 MS students. He has received numerous honors and awards which include: State of Georgia Faculty Commercialization Awards,1993 and 2000; ASME-EEPD Best Paper of the Year Award,1997; ISA Society E. G. Bailey Award,1999; Georgia Tech’s Outstanding Interdisciplinary Activities Research Award, 2002; ISA Society Donald P. Eckman Education Award in 2002; Fellows of ASME (2003) and IEEE (2004); The Nigerian National Order of Merit Award, the nation’s highest honor in science and technology, 2003; ASEE Robert G. Quinn Award for Excellence in Engineering Education, 2004; IEEE-CPMT Outstanding Sustained Technical Contribution Award, 2005; Fellow of Nigerian Academy of Science, 2006; Georgia Tech Sigma Xi Sustained Research Award, 2007; ASME-EPPD Executive Committee Chairman, 2008-2009; ASME-EPPD Excellence in Mechanics Award, 2010; Co-Editor-in-Chief of Mechatronics Journal, 2001-2006; Associate Editors of IEEE-TCPT (1999 – present) and ASME-JEP (1996 – 1999); and General Chair of the 7th Mechatronics Forum International Conference, 2000. Prof. Ume’s former MS and 2 Ph.D. students won the Best Sigma Xi MS Thesis and Ph.D. Dissertation Awards (1987, 1997 and 2006).
To Top