Eating in the Blink of an Eye 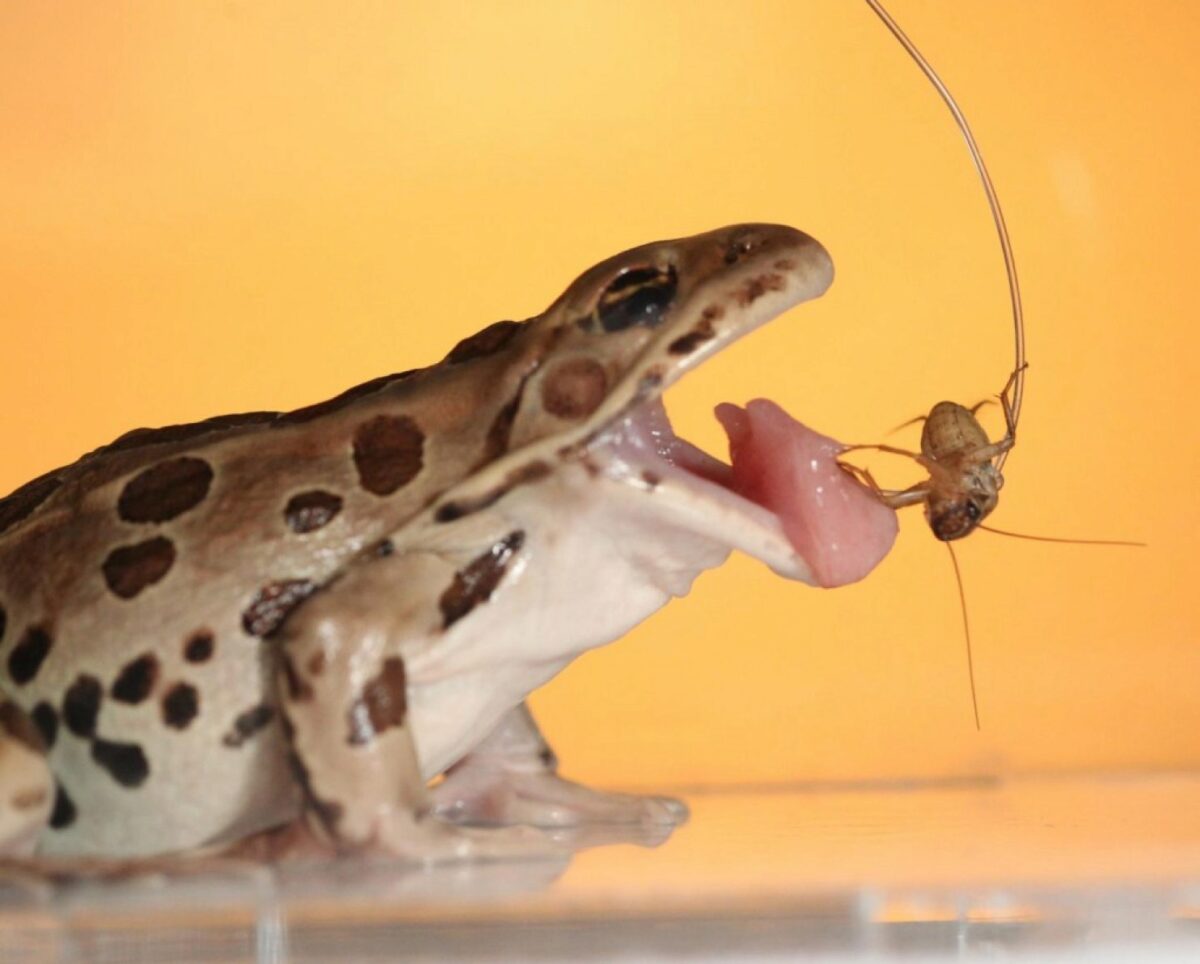 A frog uses its whip-like tongue to snag its prey faster than a human can blink, hitting it with a force five times greater than gravity. How does it hang on to its meal as the food rockets back into its mouth?

A new Georgia Institute of Technology study says the stickiness is caused by a unique reversible saliva in combination with a super soft tongue. A frog’s saliva is thick and sticky during prey capture, then turns thin and watery as prey is removed inside the mouth. The tongue, which was found to be as soft as brain tissue and 10 times softer than a human’s tongue, stretches and stores energy much like a spring. This combination of spit and softness is so effective that it provides the tongue 50 times greater work of adhesion than synthetic polymer materials such as sticky-hand toys.

The Georgia Tech researchers filmed frogs eating crickets in super-slow motion to better understand the physics of the tongue. They also collected saliva samples and poked the tissue to measure softness.

“The tongue acts like a bungee cord once it latches onto its prey,” said Alexis Noel, a Georgia Tech mechanical engineering Ph.D. student, who led the study. “It deforms itself as it pulls back toward the mouth, continually storing the intense applied forces in its stretchy tissue and dissipating them in its internal damping.”

This tissue damping, Noel said, is much like a car’s shock absorbers. The tongue’s softness also allows it to change shape during contact and immediately afterward while retracting. 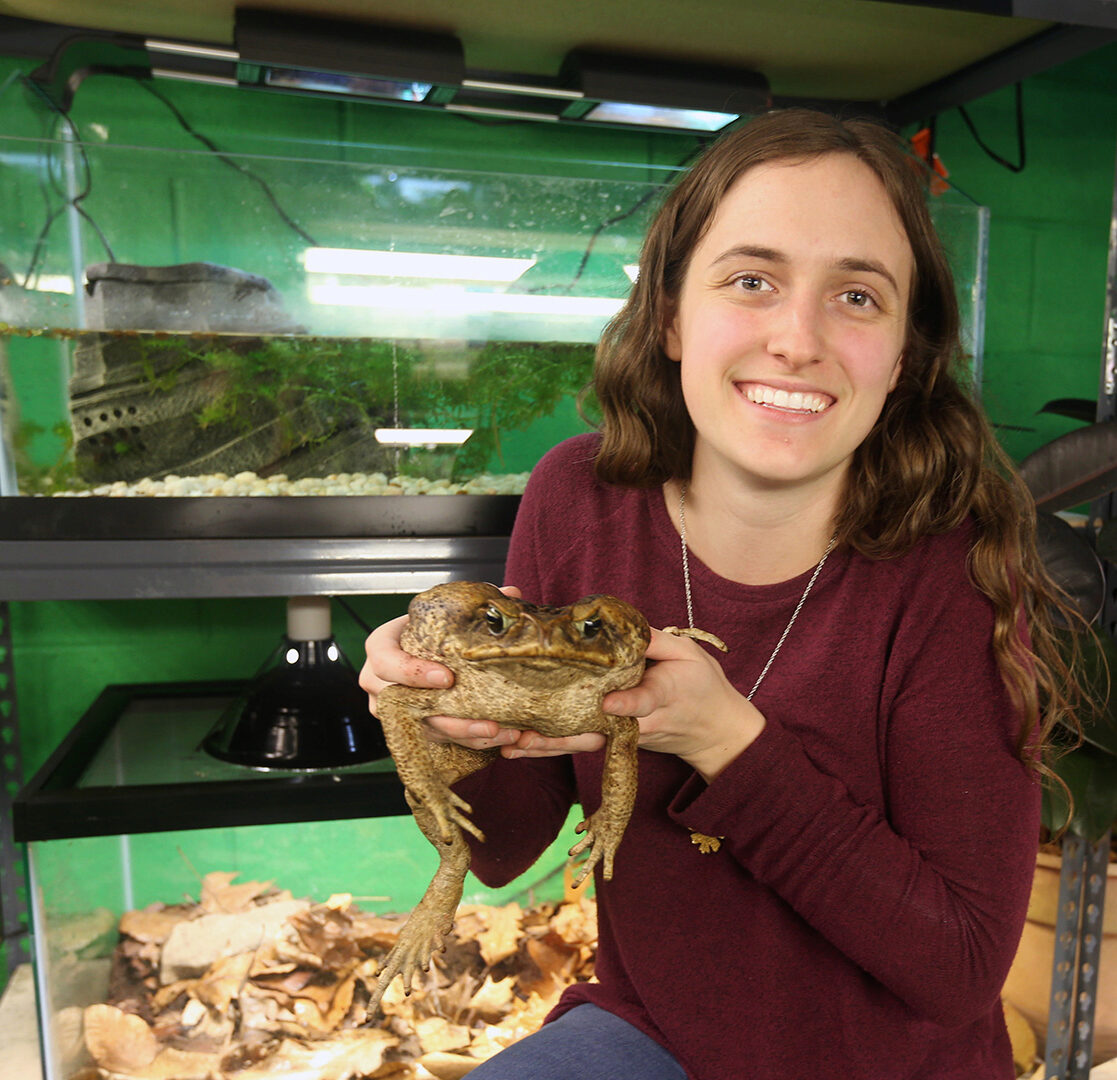 The other vital component of the capturing process is the frog’s versatile saliva.

“There are actually three phases,” Noel said. “When the tongue first hits the insect, the saliva is almost like water and fills all the bug’s crevices. Then, when the tongue snaps back, the saliva changes and becomes more viscous — thicker than honey, actually — gripping the insect for the ride back. The saliva turns watery again when the insect is sheared off inside the mouth.”

Unlike water and honey, frog saliva can change its viscosity with shear rate, much like paint. Paint spreads easily when applied, but stays firmly on the wall once the brush is removed.

“For frogs, saliva seeps easily when it hits the insect, then thickens up during retraction,” she said.

This spit switch can’t be seen in slow-mo videos. To identify the shear rate when viscosity drops, Noel collected saliva from 18 frogs and placed samples in a rheometer, a highly sensitive device for measuring properties of fluids.

David Hu, a professor in the George W. Woodruff School of Mechanical Engineering, is Noel’s advisor. He has also studied how mosquitos fly in the rain, how dogs shake off water, and why eyelashes need to be an ideal length. He says the frog study could help engineers design reversible adhesives at high speed.

“Most adhesives that have been created are stiff, especially tape,” said Hu, who is also a faculty member in the School of Biological Sciences. “Frog tongues can attach and reattach with soft, special properties that are extremely stickier than typical materials. Perhaps this technology could be used for new Bandaids. Or it could be used to create new materials in soft manufacturing.”

The study, “Frogs use a viscoelastic tongue and non-Newtonian saliva to catch prey,” is published in the Journal of the Royal Society Interface.

The project is partially supported by National Science Foundation (NSF) Graduate Research Fellowship (DGE-1148903) and NSF career award PHY-1255127. Any opinions, findings and conclusions or recommendations expressed in this material are those of the authors and do not necessarily reflect the views of the sponsors.