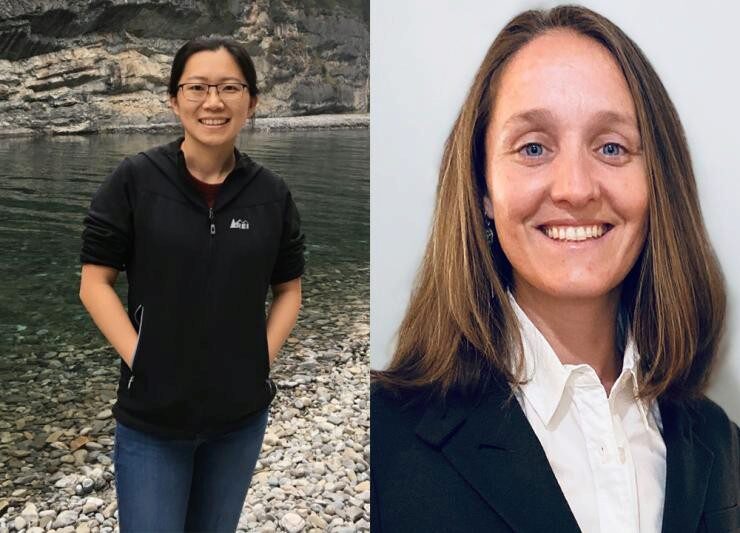 Two Georgia Tech faculty members were recently selected among 126 early career researchers to receive 2020 Sloan Research Fellowships. The fellowships, awarded annually since 1955, honor scholars in the U.S. and Canada whose creativity, leadership, and independent research achievements make them some of the most promising researchers in their disciplines.

“To receive a Sloan Research Fellowship is to be told by your fellow scientists that you stand out among your peers,” Adam F. Falk, president of the Alfred P. Sloan Foundation, said in a press release announcing the winners. “A Sloan Research Fellow is someone whose drive, creativity, and insight makes them a researcher to watch.”

Past Sloan Research Fellows include many towering figures in the history of science, including physicists Richard Feynman and Murray Gell-Mann, and game theorist John Nash. Fifty fellows have received a Nobel Prize in their respective field, 17 have won the Fields Medal in mathematics, 69 have received the National Medal of Science, and 19 have won the John Bates Clark Medal in economics, including every winner since 2007. A database of former Sloan Research Fellows can be found at sloan.org/past-fellows.

Fellows from the 2020 cohort were selected from a diverse range of more than 60 institutions across the U.S. and Canada. The new Sloan Fellows from Georgia Tech are Marta Hatzell and Yao Yao:

Marta Hatzell is an assistant professor in the School of Mechanical Engineering. She holds a Ph.D. in mechanical engineering from Pennsylvania State University. Hatzell’s research group focuses on sustainable low energy catalysis and separations, with applications ranging from clean ammonia production to water desalination.

Yao Yao is an assistant professor in the School of Mathematics. She holds a Ph.D. in mathematics from the University of California at Los Angeles. Yao’s research focuses on partial differential equations that arise in fluid dynamics and mathematical biology. Her research goals are to study equations from a theoretical aspect in order to prove whether a solution exists and what is its longtime behavior.

Open to scholars in eight scientific and technical fields — chemistry, computer science, economics, mathematics, computational and evolutionary molecular biology, neuroscience, ocean sciences, and physics — the Sloan Research Fellowships are awarded in close coordination with the scientific community. Candidates must be nominated by their fellow scientists, and winners are selected by independent panels of senior scholars on the basis of a candidate’s research accomplishments, creativity, and potential to become a leader in his or her field. Nearly 1,000 researchers are nominated each year for 126 fellowship slots. Winners receive a two-year, $75,000 fellowship, which can be spent to advance the fellow’s research.

The Alfred P. Sloan Foundation is a not-for-profit, mission-driven grantmaking institution dedicated to improving the welfare of all through the advancement of scientific knowledge. Founded in 1934 by industrialist Alfred P. Sloan Jr., the foundation makes grants each year in three broad areas: direct support of research in science, technology, engineering, mathematics, and economics; initiatives to increase the quality and diversity of scientific institutions; and efforts to enhance and deepen public engagement with science and scientists.